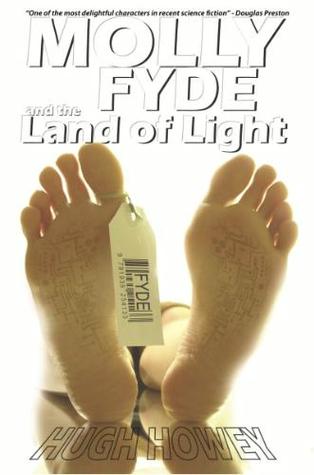 Molly Fyde and the Land of Light

"I need you to help me rescue your father."

With those words, Molly Fyde – and the rest of the known universe – will never be the same. What began as a simple task to retrieve her father's spaceship, has turned into more than Molly bargained for. Setting off to reconnect with her past, she is about to meet it in a way she never expected: head-on.

Her father is alive. Her mother's memories are trapped inside the very ship which bears her name. On the run from her own Navy, Molly and her crew are now tasked with the impossible: Rescue her parents. Save the galaxy. End a war. But before they can attempt such heroics, Molly must first save a friend. One of her crew members is in trouble, their life hanging by a thread. And the only race of people Molly can turn to just happen to be the very  race of aliens she has been raised to fear, trained to meet in battle. Drenard. Homeworld of humanity's sworn enemy. And the next stop for the starship Parsona.