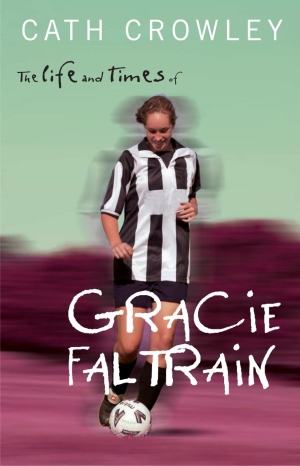 The Life and Times of Gracie Faltrain

STAR (noun): any large body like the sun, intensely hot and producing its own energy by nuclear reactions

Goal-kicking, super-girl, soccer star. Gracie Faltrain is on her way. To the National Championships. To Nick. To everything she's ever wanted. Or so she thinks. Gracie's about to find out that life is messy. And hard. And beautiful.

There's a shadow falling across her mum and dad. Her best friend is about to leave town. She's trying desperately to be with the right boy, on the edge of falling in love with the wrong boy. She's rushing headlong into screwing up, making up, trying to keep it all together. Welcome to the life and times of Gracie Faltrain.