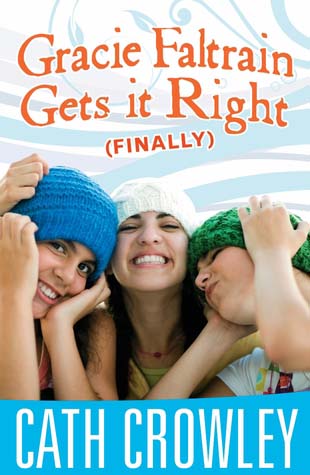 Gracie Faltrain Gets It Right (Finally)

As Gracie begins Year 12, she has only one thing on her mind, and it's not school work. It's not even Martin, now that he's dumped her for the third time. It's soccer: a new season, a new team, a new league. This is the big time, the state trials, and Gracie can't wait. Except there's one small problem. She's no longer the biggest fish in the pond, and one of the other players is the cousin of her arch enemy, Annabelle Orion.

Gracie wants to get it right this year, but everything seems to be going wrong – she hardly has time to see her friends, Martin won't talk to her, and she's falling even further behind at school.

Gracie needs help both on and off the field, but when it shows up, it is not from the person she expected...