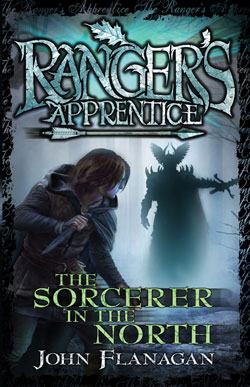 The Sorcerer in the North

On his first top-secret mission, can the Ranger Will save a new ally from a terrible curse?

Five years have passed since the Skandians and the Araluans made their treaty, and Will has finally become a Ranger, with his own fief to look after. He soon learns that even sleepy little islands have problems to keep him on his toes. Then he and his old friend Alyss are thrown into a terrifying new adventure, investigating the truth behind rumours of sorcery in a remote northern fief. As he stands in Grimsdell Forest, with the horrific, ghostly Night Warrior looming over him, Will must ask himself one question: is there a rational explanation...or does sorcery really exist?