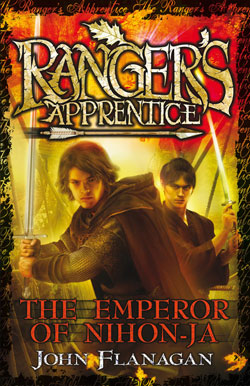 Horace is missing. Months have passed since he was sent on a military mission to the court of the Emperor of Nihon-Ja but he has failed to return. Evanlyn is worried, and in company with Will and Alyss, she sets out to discover what has become of their old friend.

They find that Horace has become embroiled in Nihon-Jan politics. The arrogant Senshi sect has rebelled against the rightful Emperor and Horace has chosen to stay and lend support to the deposed ruler. Now he and Will must find men willing to face the highly trained Senshi warriors, while Alyss and Evanlyn must overcome their longstanding rivalry to seek aid from a mysterious group of mountain dwellers.