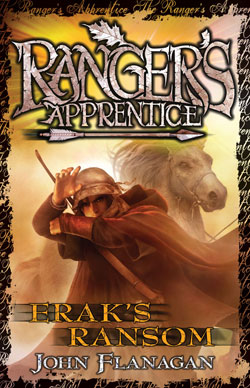 There is one adventure from Will's time as a Ranger's Apprentice that is yet to be told...

When the Skandian Oberjarl is taken hostage during a raid on the desert land of Arrida, his second-in-command, Svengal, asks the Araluans for help. Halt and Will must go with him to deliver the ransom and secure Erak's freedom, but a royal presence is needed. The Princess Cassandra - or Evanlyn, as Will knows her - persuades her father to let her go with them. Horace and the Ranger Gilan round out the group to make sure that Evanlyn is well protected. But will violent sandstorms, warring tribes and danger at every turn keep them from reaching Erak in time?