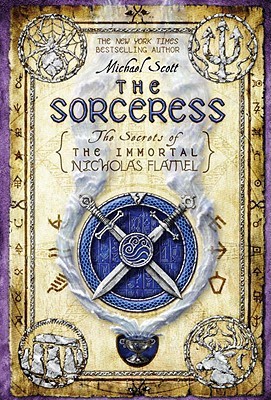 Nicholas Flamel's heart almost broke as he watched his beloved Paris crumble before him. The city was destroyed by Dee and Machiavelli, but Flamel played his own role in the destruction. Sophie and Josh Newman show every sign of being the twins of prophecy, and Flamel had to protect them and the pages from the Dark Elders.

But Nicholas grows weaker with each passing day. Perenelle is still trapped in Alcatraz, and now that Scatty has gone missing, the group is without protection. Except for Clarent - the twin sword to Excalibur. But Clarent's power is unthinkable, its evil making it nearly impossible to use without its darkness seeping into the soul of whoever wields it.

If he hopes to defeat Dee, Nicholas must find an Elder who can teach Josh and Sophie the third elemental magic — Water Magic. The problem? The only one who can do that is Gilgamesh, and he is quite, quite insane...