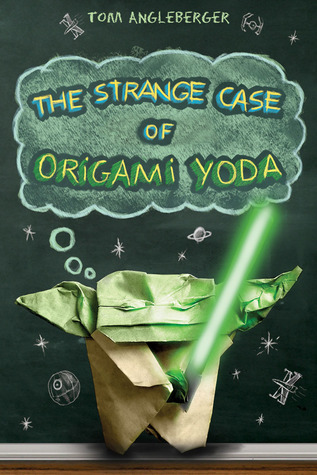 The Strange Case of Origami Yoda

In this funny, uncannily wise portrait of the dynamics of a sixth-grade class and of the greatness that sometimes comes in unlikely packages, Dwight talks to his classmates via an origami finger puppet of Yoda. If that weren’t strange enough, the puppet is uncannily wise and prescient. Origami Yoda predicts the date of a pop quiz, guesses who stole the classroom Shakespeare bust, and saves a classmate from popularity-crushing embarrassment with some well-timed advice.

Dwight’s friend Tommy wonders how Yoda can be so smart when Dwight himself is so clueless. With contributions from his puzzled classmates, he assembles the case file that forms this novel which will delight die-hard Star Wars and newcomers alike.