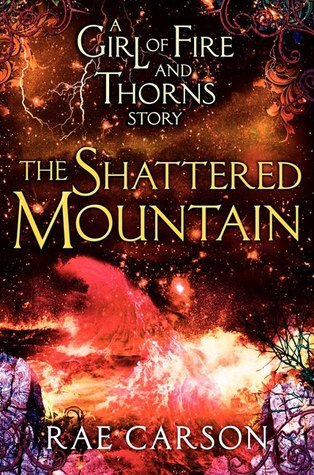 On the outskirts of Joya d'Arena, small villages fight for survival against the onslaught of sorcerers and raiders. Mara's village has been safe—so far—but Mara decides to escape anyway. Escape from her harsh, abusive father. Escape with her first love. But when their plans fall on the same day that the animagi burn the village to the ground, Mara faces losses that could destroy her. She's a survivor, though. She is going to make it through the mountains, and she is going to protect the refugees following her. Because there's a rumored safe haven...and some say they have found the Chosen One.

Told from Mara's point-of-view, 'The Shattered Mountain' is an e-novella describing an alternate perspective of the beginning of the acclaimed 'The Girl of Fire and Thorns'.