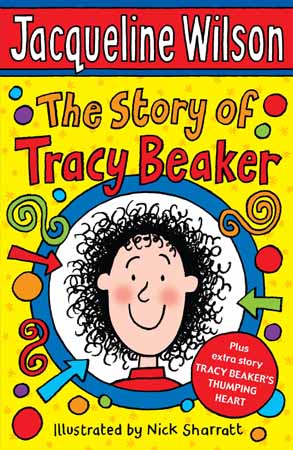 The Story of Tracy Beaker

Introducing Tracy Beaker, 10-year-old girl-wonder and the daughter of a famous Hollywood actress . . . sort of.

Tracy Beaker’s not exactly sure what her mother does, because Tracy has been in foster care for as long as she can remember. She has a picture of her mother, who’s pretty enough to be in movies, so maybe she is. And maybe one day Tracy’s mother will show up and reclaim her long-lost daughter, and together they’ll have fabulous adventures. Then again, maybe she won’t.

In the meantime, Tracy’s doing everything she can to take care of herself–even though she has to share her birthday cake with silly Petey Ingham just because they have the same birthday . . . and even though the other girls she lives with are mean and nasty and rude and horrible. Mostly. Then a journalist shows up to write a story about their orphanage, and she and Tracy strike up a special friendship.