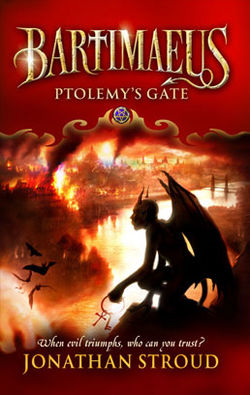 Two thousand years have passed since Bartimaeus was at the height of his powers – invincible in battle and befriended by the great magician Ptolemy. Now, trapped on Earth and treated with disdain by his master, Nathaniel, Bartimaeus finds his energies are fading fast.

Meanwhile, undercover in London, the fugitive Kitty Jones has been stealthily completing her research on magic and demons. She hopes she can break the endless cycle of conflict between djinn and humans.

This extraordinary conclusion to the Bartimaeus Sequence moves across the centuries and into unknown worlds. The destinies of Bartimaeus, Nathaniel and Kitty are entwined for a final time. Together, they must defeat treacherous magicians, uncover a chilling conspiracy and face the most dangerous threat in the history of magic. Worst of all, they must contend with each other . . .