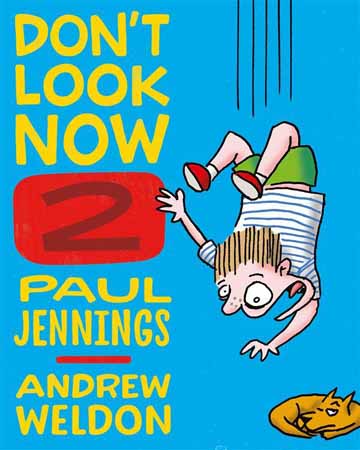 Ricky is an ordinary boy, who can fly. He can really fly! But only when no one is looking. His dream is to one day be FAMOUS. But after accidentally opening the car window at the car wash, he's grounded. No movies, no swimming, no phone. And definitely no flying. But he has a plan. The school concert is coming up and he has the best ever magic trick up his sleeve. Will he wow the crowd, or fall flat on his face?

A Magician Never Tells and Elephant Bones are the next hilarious instalments of this brilliant series by master story tellers Paul Jennings and Andrew Weldon. Don't Look Now will have readers laughing out loud at Ricky and his hilarious adventures – on and off the ground.