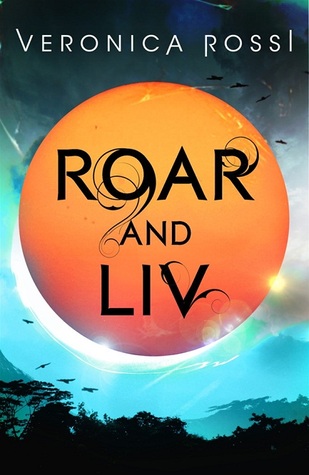 Before Perry and Aria, there was Roar and Liv.

After a childhood spent wandering the borderlands, Roar finally feels like he has a home with the Tides. His best friend Perry is like a brother to him, and Perry's sister, Liv, is the love of his life. But Perry and Liv's unpredictable older brother, Vale, is the Blood Lord of the Tides, and he has never looked kindly on Roar and Liv's union. Normally, Roar couldn't care less about Vale's opinion. But with food running low and conditions worsening every day, Vale's leadership is more vital—and more brutal—than ever. Desperate to protect his tribe, Vale makes a decision that will shatter the life Roar knew and change the fate of the Tides forever.

Set in the harsh but often beautiful world of Veronica Rossi's unforgettable Under the Never Sky, this captivating prequel novella stands on its own for new readers and offers series fans a fascinating look into the character of Roar.

Under the Never Sky Series—Summary and Book Order