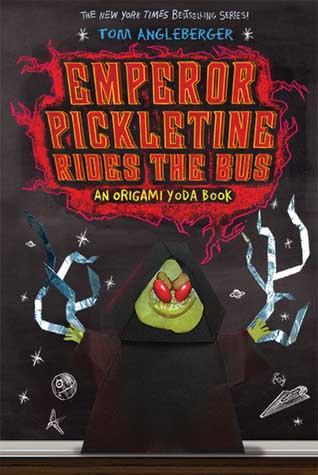 The Origami Rebel Alliance is off to Washington D.C.! After gloriously defeating the FunTime Menace, the seventh graders of McQuarrie Middle School expect their hard-earned field trip to be totally stooky! But there's a hitch. Principal Rabbski has banned origami. Without the Jedi-wise advice of Origami Yoda, how will Tommy and the gang navigate the serious drama of a class trip?

The final battle between the forces of good and evil at McQuarrie has everything: Twists! Turns! Snacks! Secrets! But who is keeping the biggest secret of all? Origami Yoda himself, and it's a shocker!