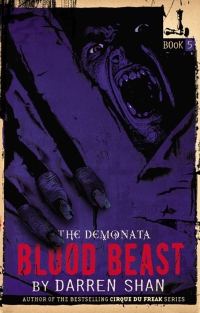 Grubbs Grady is back in Carcery Vale. His life seems to have settled down at last. He's getting on well with Dervish. He has lots of new friends at school. He's sweet on a girl and he thinks she might fancy him too. Apart from a few bad nightmares, all should be fine.

Grubbs has been struggling to contain the magical talent he discovered in the town of Slawter. He doesn't want to become a Disciple and he hopes his abilities will fade if he hides them long enough. But they're starting to bubble to the surface and he suspects he's reaching a crisis point.

He also suspects he might be turning into a werewolf – so much for an easy life!

Things come to a head when a playful treasure hunt leads Grubbs and a couple of his friends to the find of a lifetime. But there's more to this treasure than meets the eye. When tragedy strikes, Grubbs's life threatens to spin out of control. There are a number of strange, seemingly malevolent forces at work. Dervish stands by Grubbs and tries to help him through the tough times, and he receives further help from an quarter. But has he finally faced one beast too many?