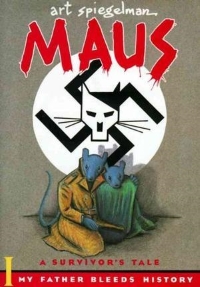 Maus is the story of Vladek Spiegelman and his wife, living and surviving in Hitler's Europe. By addressing the horror of the Holocaust through cartoons, the author captures the everyday reality of fear and is able to explore the guilt, relief and extraordinary sensation of survival – and how the children of survivors are in their own way affected by the trials of their parents. A contemporary classic of immeasurable significance.