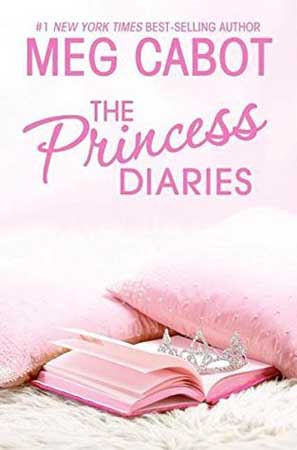 NEWS FLASH: Dad is prince of Genovia. (So that's why a limo meets her at the airport!)

DOWNER: Dad can't have any more kids. (So there's no heir to the throne.)

SHOCK OF THE CENTURY: Like it or not, Mia Thermopolis is prime princess material.

THE WORST PART: Mia must take princess lessons from her dreaded grandmère, the dowager princess of Genovia, who thinks Mia has a thing or two to learn before she steps up to the throne.

Well, her father can lecture her until he's royal–blue in the face about her princessly duty—no way is she moving to Genovia and leaving Manhattan behind.

But what's a girl to do when her name is PRINCESS AMELIA MIGNONETTE GRIMALDI THERMOPOLIS RENALDO?