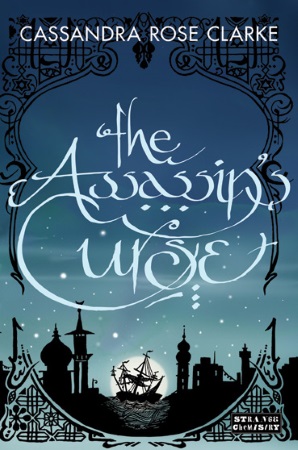 I ain’t never been one to trust beautiful people, and Tarrin of the Hariri was the most beautiful man I ever saw. You know how in the temples they got those paintings of all the gods and goddesses hanging on the wall above the row of prayer-candles? And you’re supposed to meditate on them so as the gods can hear your request better? Tarrin of the Hariri looked just like one of those paintings.

Ananna of the Tanarau abandons ship when her parents try to marry her off to an allying pirate clan: she wants to captain her own boat, not serve as second-in-command to her handsome yet clueless fiance. But her escape has dire consequences when she learns the scorned clan has sent an assassin after her.

And when the assassin, Naji, finally catches up with her, things get even worse. Ananna inadvertently triggers a nasty curse — with a life-altering result. Now Ananna and Naji are forced to become uneasy allies as they work together to break the curse and return their lives back to normal. Or at least as normal as the lives of a pirate and an assassin can be...