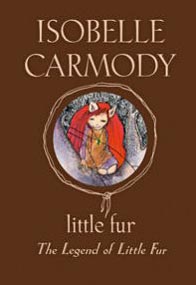 Who is Little Fur? Why, she's a half elf, half troll, as tall as a three-year-old human child, with slanted green eyes, wild red hair that brambles about her pointed ears, and bare, broad, four-toed feet. Little Fur loves and tends to the Old Ones, the seven ancient trees that protect her home, a small, magical wilderness nestled magically in a park in the midst of a large, bustling human city. When she learns that evil forces are out to destroy her beloved trees, the intrepid halfling must embark on an ambitious and dangerous journey into the human world and down into an ancient cut in the earth, in search of a way to save not only the Old Ones, but the Earth Spirit itself.