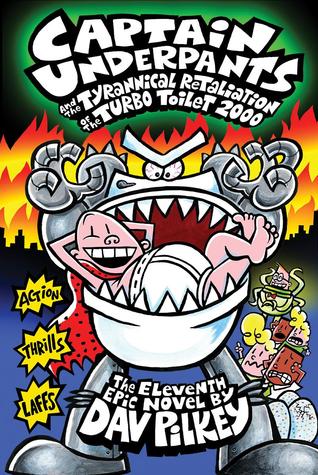 Captain Underpants and the Tyrannical Retaliation of the Turbo Toilet 2000

When the Incredible Robo-Plunger defeated the evil Turbo Toilet 2000, George and Harold thought their toilet troubles were over. Unfortunately, their porcelain problems were only beginning.

Just when you thought it was safe to flush...

The Turbo Toilet 2000 strikes back! The carnivorous commode known for devouring everything in its path has built up a real appetite – for REVENGE! Join Captain Underpants for another epic showdown of Wedgie Power vs. Potty Power as our tighty-whitey-wearing superhero GOES TO ELEVEN!