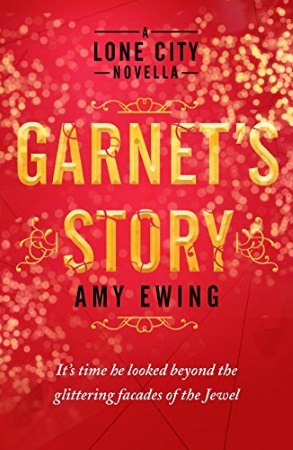 Delving into the back story of one of the Lone City's most loved characters, this digital novella will delight readers of The Jewel and The White Rose, as well as fans of Victoria Aveyard and Kiera Cass.

Garnet, son of the Duchess of the Lake, has always been a spoiled playboy. But following a scandal that threatens to destroy his reputation, he has no choice but to accept the help of Lucien, the Electress's lady-in-waiting – and Lucien wants something from him in return. Garnet must keep watch over the new surrogate in the palace of the Lake. As he watches and learns, Garnet finds himself beginning to realize the horrors that the royalty – including his own family – have inflicted upon others. And he might finally be ready to take a stand against it.