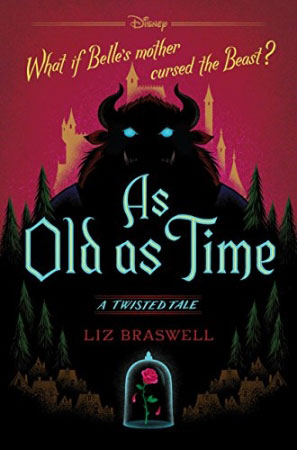 As Old As Time

What if Belle's mother cursed the Beast?

Belle is a lot of things: smart, resourceful, restless. She longs to escape her poor provincial town for good. She wants to explore the world, despite her father's reluctance to leave their little cottage in case Belle's mother returns – a mother she barely remembers. Belle also happens to be the captive of a terrifying, angry beast. And that is her primary concern.

But Belle touches the Beast's enchanted rose, intriguing images flood her mind – images of the mother she believed she would never see again. Stranger still, she sees that her mother is none other than the beautiful Enchantress who cursed the Beast, his castle, and all its inhabitants. Shocked and confused, Belle and the Beast must work together to unravel a dark mystery about their families that is twenty-one years in the making.