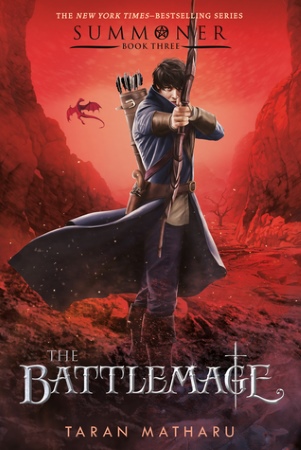 One boy's ability to summon demons will change the fate of an empire...

After the thrilling cliffhanger at the end of The Inquisition, we rejoin Fletcher and his friends in the ether, where they must undertake a mortally dangerous quest, all the while avoiding capture by enemies and facing foes more terrifying than anything they have yet encountered.

But this is nothing compared to what truly lies ahead for Fletcher, as his nemesis, albino orc Khan, is on a mission to destroy Hominum and everything and everyone that Fletcher loves.

Epic battles, dramatic revelations and breathtaking drama await in the third and final book in the acclaimed Summoner series.