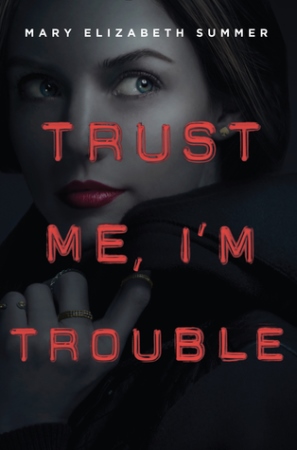 Staying out of trouble isn't possible for Julep Dupree. She has managed not to get kicked out of her private school, even though everyone knows she's responsible for taking down a human-trafficking mob boss – and getting St. Agatha's golden-boy Tyler killed in the process. Running cons holds her guilty conscience at bay, but unfortunately, someone wants Julep to pay for her mistakes… with her life.

Against her better judgment, Julep takes a shady case that requires her to infiltrate a secretive organisation, one that may be connected to her long-gone mother and the enigmatic figure called the blue fairy. Her best friend, Sam, isn't around to stop her, and Dani, her one true confidante, happens to be a nineteen-year-old mob enforcer whose moral compass is as questionable as Julep's. But there's not much time to worry about right and wrong – or to save your falling heart – when there's a contract on your head.

Murders, heists, secrets and lies, hit men and hidden identities… If Julep doesn't watch her back, it's her funeral. No lie.