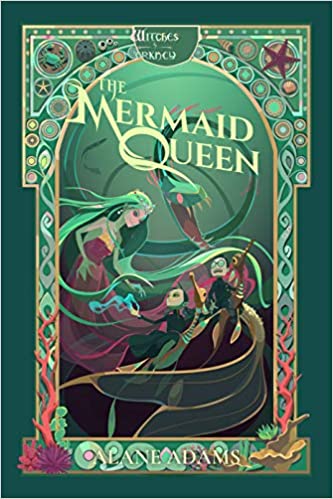 Abigail and Hugo have just helped restore the balance of power in Orkney by defeating the powerful alchemist Vertulious when Abigail discovers that Capricorn, the mermaid queen she trusted to help them, has unleashed the powerful Midgard Serpent named Jormungand—who, years ago, encircled the world of mankind and held it captive until Odin banished it to an underwater prison. Capricorn is determined to force Odin to make her goddess of the seas over Aegir, and she’s ready to use the massive serpent to bend him to her will—threatening all of Orkney.
Abigail and Hugo must embark on an adventure across the seas to Odin’s island sanctuary to find a way to stop Capricorn and return Jormungand to his watery cell. But when Abigail finds that her powers are not enough, she has to tap into her dark magic again and again. As she is drawn further down this path, a dark presence makes itself known to her—one that may alter her path forever.