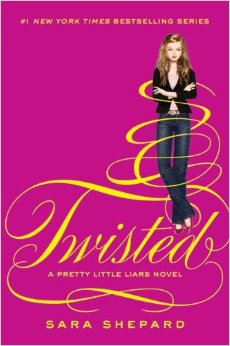 It's been a year since the torturous notes from ‘A’ stopped and the mystery of Alison DiLaurentis's disappearance was finally put to rest. Now seniors in high school, Aria, Spencer, Hanna, and Emily are older, but they're not any wiser. The pretty little liars have more secrets than ever - twisted secrets that could destroy the perfect lives they've worked so hard to rebuild. Aria's jealous of her boyfriend's new exchange student. Spencer's getting a little too cosy with her soon-to-be-stepbrother. Hanna is one scandalous photo away from ruining her dad's Senate campaign. And Emily will do anything to get a swim scholarship. Worst of all: Last spring break in Jamaica, they did something unforgivable. The girls are desperate to forget that fateful night, but they should know better than anyone that all secrets wash ashore...eventually.