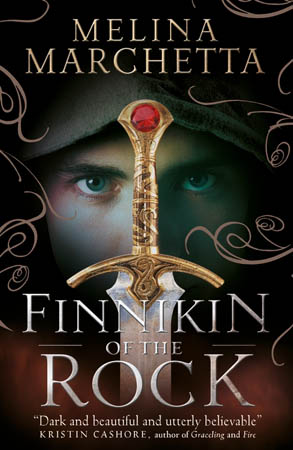 The Lumatere Chronicles is a fantasy series set in the Land of Skuldenore, a sea-locked land divided into eight provinces with shifting alliances. One of these provinces, Lumatere, has been decimated, its people scattered and exiled after unspeakable barbarity against the royal family, and a curse that has made the gates to the kingdom impenetrable for ten years. Finnikin of the Rock, and others loyal to Lumatere, set out on a dangerous quest to find the truth behind the attack on their kingdom and reinstate the rightful heir. As Finnikin and his companions seek to reunite Lumatere, he encounters the unpredictable Froi, who later travels on a mission to the kingdom of Charyn. In Charyn, Froi meets the half-mad Princess Quintana and becomes embroiled in unravelling the kingdom's dark mysteries and battling forces that will do anything to gain power.

Uncovering the intricate mysteries of Skuldenore is like throwing off layer after layer of a shroud until the truth is finally revealed. The series features compelling action, multi-faceted characters, myth, intrigue and romance. Finnikin of the Rock has won numerous awards.

'This epic has everything readers can ask for; great characters and a truly spectacular plot filled with romance, suspense, friendship and betrayal.' [Kirkus Reviews]

'A story of both the harm that people can inflict, and the healing... It is about hope, but the hope that is earned by blood and tears, the hope that is willed into being because of a desire that life should be better than what it is... Lest this sound too emotional, too romantic, rest assured it is also action packed.' [School Library Journal]