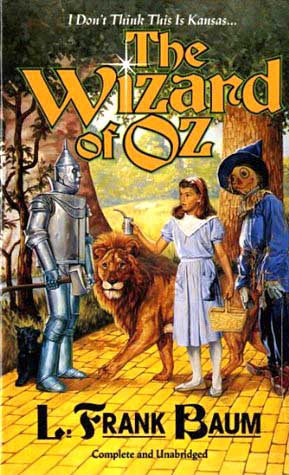 The Oz books by L. Frank Baum form a series of classic children's fantasy novels that begins with the most famous of Baum's creations, The Wonderful Wizard of Oz (1900) and relate the fictional history of the Land of Oz and its colourful cast of inhabitants.

Oz was created by author L. Frank Baum, who went on to write fourteen full-length Oz books. Even as he lived, Baum was styled as "the Royal Historian of Oz" to emphasise the concept that Oz is an actual place. The illusion created was that characters such as Dorothy and Princess Ozma related their adventures in Oz to Baum themselves, by means of wireless telegraph.

Aside from the fourteen books that Baum wrote, many other authors over the past century have contributed to the canon of Oz. These include nineteen novels by Ruth Plumly Thompson, three by John R. Neill, two by Jack Snow and two by Rachel R. Cosgrove. In 2005, the Baum Trust authorised Sherwood Smith to create four more official Oz sequels, two of which have been published to date. For the purpose of authenticity, only the first fourteen Oz novels originally penned by Baum himself have been included in our list.