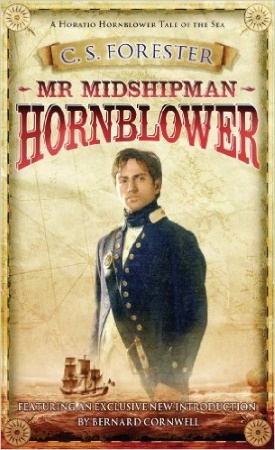 As a seventeen-year-old with a touch of seasickness, young Horatio Hornblower hardly cuts a dash in His Majesty's Navy. Yet from the moment he is ordered to board a French merchant ship in the Bay of Biscay and take command of crew and cargo, he proves his seafaring mettle on the waves. In 1793, on the eve of the Napoleon Wars, the young Midshipman receives his first command...

Please Note: The Hornblower Saga is presented here in order of the narrative's chronology rather than the order in which the books were published.