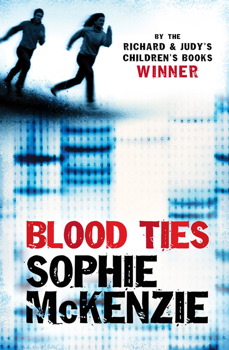 An explosive thriller series featuring two teenagers, Theo and Rachel, who uncover a human cloning project. With chapters alternately narrated by both characters, Blood Ties and sequel Blood Ransom follow their quest to uncover the truth as they find themselves in increasing danger among criminals intent on causing them harm.