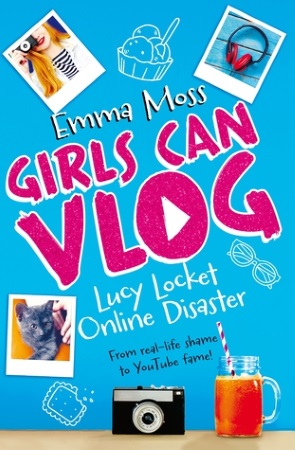 The Girls Can Vlog Series

It's bad enough having to move house, school and country all at the same time, without making a fool of yourself on the first day of term. But that's just what Lucy's done – and one of her classmates has videoed the whole thing and put it online!

Lucy's so stressed, her stammer's become worse than ever. So when a friend encourages her to create her own videos, she thinks it's a terrible idea – surely she's embarrassed herself enough for one lifetime!

But when Lucy finally gives vlogging a try, she's amazed to find that people actually want to watch...

The Girls Can Vlog series even features tips for making your own vlogs!