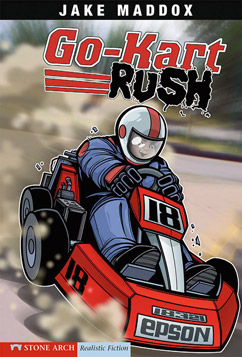 Tony is used to being the best. With his old kart, he won every single race. But now he's twelve, and he's moved up to the next class of racing, TAG karts. Sure, he gets to drive a cool new kart that goes faster than anything he's ever driven. But he has to race against kids three years older than him, who aren't nice to him, and who have been driving TAG karts for years. How is Tony supposed to get used to losing?

And when Jon, one of the older kids, invites him to practice, is Jon just setting Tony up for more embarrassment?