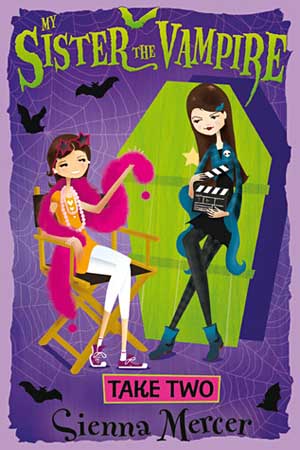 Hollywood has come to Franklin Grove! Olivia is very excited. Jackson Caulfield - the hot teen movie star - is shooting a movie in her home town! And there's a chance to win a part in the film. So when she bumps into Jackson and he shows her around the set, she thinks her dreams have come true. But there's a few things that get her vampire twin Ivy suspicious. Could Jackson possibly be a vampire? It would be Hollywood's biggest secret! But, more importantly, Olivia doesn't want a vampire boyfriend and she's quickly falling for him! It's up to Ivy to do some undercover sleuthing...Sink your teeth into Olivia and Ivy's fifth fright-time adventure.