The Colourful Appeal of Graphic Novels

What is a graphic novel?

Graphic novels are, by the simplest definition, book-length comics. Sometimes they tell a single, continuous narrative from first page to last; sometimes they are collections of shorter stories or individual comic strips. [source] 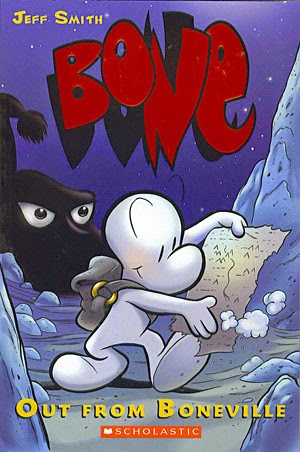 You might be forgiven for thinking that authors and illustrators of this genre would be pleased by the import of the genre name, yet many who have their work marketed as ‘graphic novels’ by publishing companies, dislike the term. This group is quite content to call their work comics—a comic novel or book, as opposed to a comic magazine—and feel it’s simply an unnecessary rewording for marketing purposes. (Although many in the book industry would argue strongly that the marketing of books is quite a necessary business!) Jeff Smith, author of the award-winning, humorous graphic novel series, Bone (for ages 11+) is one artist not keen on the descriptor,

“… ‘graphic novel’… I don’t like that name. It’s trying too hard. It is a comic book. But there is a difference. And the difference is, a graphic novel is a novel in the sense that there is a beginning, a middle and an end.” [source]

Be this as it may, debate over the terminology has not diminished the widening appeal and growing popularity of graphic novels. And the term seems here to stay, perhaps in part because the word ‘comic’ can be misleading: many comics are not humorous in nature. Instead, they are dramatic, adventurous, romantic—in fact, any genre a text-based novel can be. Just as the stories portrayed in graphic novels have become more diverse in content, so too, has the readership has widened. Publishers of many popular series, such as Twilight (for ages 12+) by Stephanie Meyer, and Anthony Horowitz’s Power of Five (for ages 12+) and Alex Rider (for 9+ years) series, are keen to produce the books in graphic novel format for a variety of ages. 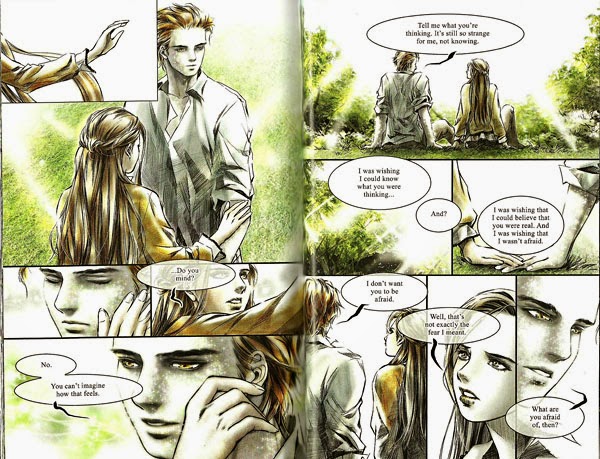 While comic magazines and graphic novels are spurned in some quarters for curtailing literacy, some of their biggest supporters are librarians. In fact, librarians were among the first to note the fast-growing trend through the lending cycle, and have been strong supporters of the genre, viewing graphic novels as powerful tools in the process of advancing literacy. They not only combine words and images, but require the reader to interpret the narrative flow by linking the actions in the panels together. Graphic novels are also popular with younger readers, and appeal to reluctant and struggling readers as well as those who are more advanced. [source] Jeff Smith commented on this phenomenon during an interview some years ago.

“…there was a time when people actually thought comics caused illiteracy. They thought it would make you more stupid. So this was our chance [invited to speak at the American Library Association national conference in 2002]. And we were all excited to make our case for comics being good. But immediately, it was clear that the librarians were way out in front of us. They knew this.
They told me that circulation in libraries was down everywhere. You know, internet, video games… standard fears that everybody has that we’re losing you minds. But there was one exception. The circulation had gone up 300 percent across the country… in graphic novels. So the librarians didn’t need to be convinced. They were there going, “We want more. What do we do?” [source] 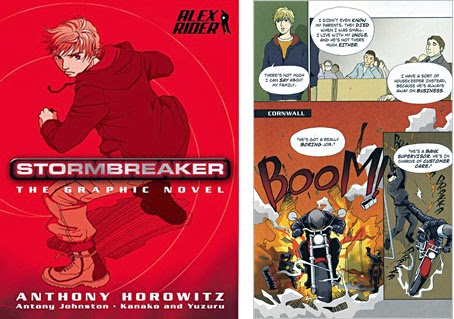 Have you noticed the world is changing? Sounds almost too self-evident to mention, yet it’s a contributing factor in the growth of graphic novel readership in recent years. No one can deny that communication has changed and will continue to change. The combination of images and text is becoming a standard way of conveying information and one that requires new interpretative skills. [source] University of North Florida assistant professor of literacy Katie Monnin refers to this as “the greatest communication revolution since the invention of the printing press,” as a way of illustrating the scale of what is occurring.
Couple that with the fast pace of these means of communication—movies, videos, internet—and you can see how graphic novels help span the gap between these visually stimulating forms of entertainment, and the format of print. Graphic novels may appeal more to those who have become used to this quick delivery style of a story because text-only books might seem slow by comparison. In addition to providing reading and enjoyment in their own right, far from turning readers away from traditional novels, graphic novels may actually make them more accessible.
We’re currently building our reference of graphic novels for children and young adults. If you have any suggestions you’d like to make, please email us at: books@cerealreaders.com
Marielle Rebbechi
Previous
Next