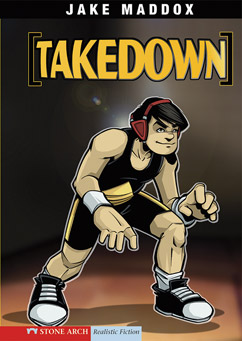 Jeff has an anger problem. He doesn't know how to control his temper. One day, when his anger has almost gotten out of hand, he meets Logan, one of the captains of his school's wrestling team. Logan thinks Jeff would be a great wrestler. But can Jeff control his anger long enough to win a match?