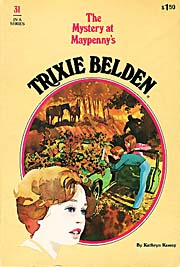 Temperatures run high and a town is divided by the proposed expansion of the International Pine Company into the game preserve. While Dan and Jim struggle to remain loyal to those closest to them and respect each other's opinions, two newcomers to town are adding fuel to the fire - Mr Maypenny's long lost nephew and a social activist who wants to stop the expansion. The Bob-Whites struggle to maintain a united front, while Trixie and Honey investigate some strange incidences in the game preserve, the odd behaviour of Mr Maypenny - and try to ultimately reunite the town.