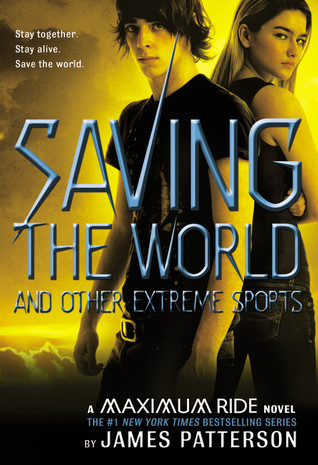 Saving the World and Other Extreme Sports

In the riveting third installment of James Patterson's Maximum Ride series, the time has arrived for Max and her winged "Flock" to face their ultimate enemy and discover their original purpose... It is time to defeat the takeover of "Re-evolution", a sinister experiment to re-engineer a select population into a scientifically superior master race...and to terminate the rest.

Max, Fang, Iggy, Nudge, Gasman, and Angel have always worked together to defeat the forces working against them – but can they save the world when they are torn apart, living in hiding and captivity, halfway across the globe from one another?